Vjera Bulat (Seka) was born in Split in 1934 and was part of Danica and Edo Bulat’s family. She said the following about her family:

Vice Jerković, my maternal grandfather, was born in Stari Grad, Hvar, in 1871. When he was 19, he went by boat to Argentina, to the city of Rosario in the Province of Sante Fe. His two sisters already lived there: Mirjana and Cata – who married Cripović from Jelsa.

Vice immediately started working in agriculture. He received a loan from the Banco Nacional, bought a house and land for cultivation in the vicinity of Acebal, where he settled. His work was going well, so he also hired workers. He grew corn and wheat and kept cattle. All of this was very profitable at the time.

After a while, he visited Stari Grad, and there he married Mandina Stalio, so they returned to Acebal together. They had a son, Nikola, in 1903. 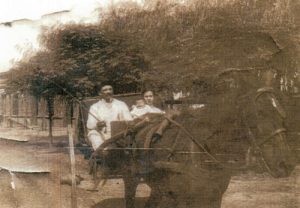 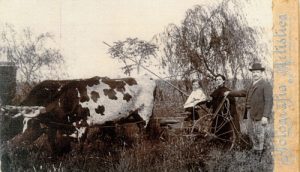 Although his work was doing well, Grandpa decided to return to Stari Grad in 1908. There, four more of his daughters were born, and then they all moved to Split. My grandfather started working in construction there. However, World War I began, and he was mobilized for four years. When he returned from the war, he went to Argentina again, but not permanently. He sold everything he had in Argentina and settled with his family in Split. 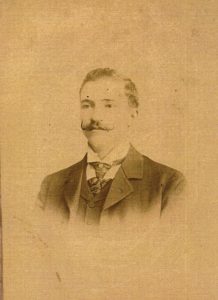 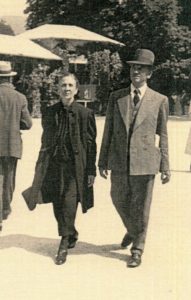 His daughters and son finished high school in Split, and his son Niko enrolled in medical university. In 1920, grandfather bought a plot of land in Split, where he built a four-story building at Trumbićeva obala No. 6 (Matejuška). He moved in there with his family and rented out the rest of the building. Then he bought a plot of land in Zoranićeva No. 2 and built a four-story building there so that he could rent it out. Thus, he invested all his property earnings from Argentina into real estate in Split. 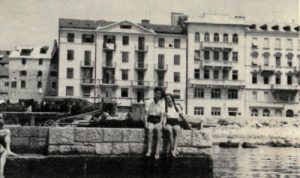 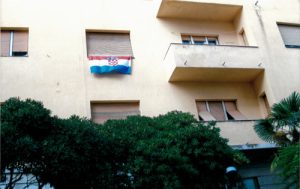 His children got married. Marija married Nikola Jurišić, chemistry professor, Anka married Dr. Čičin Šain, and Danica married Dr. Edo Bulat, who is my dad. Each of them was given an apartment, but the rest of the vacant apartments were nationalized by the communist government after World War II. Nevertheless, our dear grandfather managed to provide for everyone, including us nine grandchildren. During and after the war, he planted vegetables on a small field in Špinut and enjoyed fishing. As grandchildren, we all remember him very dearly, as he was an amazing grandpa, just like our grandma, and we are all very grateful for both of them. He died in 1956.

However, fate, that is, God’s will, decided that his daughter Danica and her husband Edo Bulat moved to Argentina in 1948 with their daughters Vjera and Jasna.

Vjera’s father, Edo Bulat, was born in Split in 1901. He was a lawyer and a member of the HSS in 1938. His interests were history, poetry and he devoted his entire life to the fight for Croatian independence. He died in Buenos Aires in 1984. His daughters Jasna and Vjera were born in Split, and a few years after the end of World War II, they moved with their mother to Argentina, where their father Edo awaited.

Vjera’s sister Jasna Bulat (1930-2007), after she graduated high school, got a job at SEGBA, an electrical company in Buenos Aires, where she worked her way up to a high-level position. At the same time, she graduated from Law School. Once Croatia declared its independence, Jasna started working at the Croatian Embassy in Buenos Aires, where she performed consular work for nine years. She was a Croatian Language course teacher and collaborated with the journal Studia Croatica. 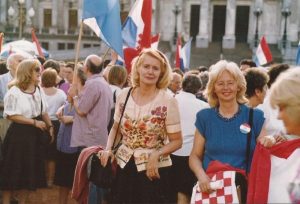 Vjera graduated from the Academy of Commerce and worked at BCRA, the Central Bank of the Argentine Republic, in senior positions. She married Arsen Petrošić from Split in Buenos Aires in 1975. She was a long-time activist of Croatian Caritas Cardinal Stepinac. During one term, she was a member of the Government Council of the Republic of Croatia for Emigration and the president of all Croatian associations in Argentina.

Vjera once said: This is my home, but the immense love I have for my homeland is endless.

She wrote regarding the activities of Croatian Caritas Cardinal Stepinac:

Caritas was founded in Buenos Aires (Avenida R. Balbin 4925) and initiated by Fr. Lin Pedišić in 1955. Once established, about twenty dedicated ladies joined. At that time, many Croats who immigrated were faced with social problems because they came with nothing. Every Croat that asked for help had received it, regardless of their religious or political affiliation. Most of the Caritas employees were women, volunteers, who provided material assistance but, more importantly, a few warm Croatian words that are so valuable overseas. Our immense love for our faraway homeland, our firm belief that we are part of the Croatian people and not a distant nobody made us want to help Croatian Caritas in Zagreb. We did that during the Croatian War of Independence.

Arsen Petrošić, Vjera Bulat’s husband, was born in Split (1925 – 2018), where he attended elementary school and high school. He was a swimmer and played water polo for ”Jadran” and rowed for team ”Gusar”. He described himself as a true citizen of Split, born and raised, now and always. 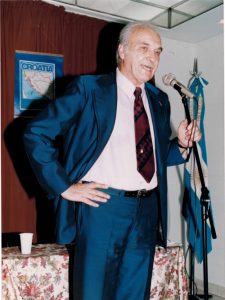 He described his departure from Split to me, in vocabulary as if he had never left:

In 1948, I escaped to Italy on a boat, or more specifically to Ancona. As soon as I docked my boat, the police came and took me to the police station. They interrogated me the whole day. They asked where I was from, who I was, who sent me to Italy, etc. Because this was happening during the elections, the Italians were afraid that Tito sent communist agitators. After the interrogation, they took me to the oldest jail in all of Italy. This jail in Ancona is two floors underground. You cannot see from the cell whether it is cloudy or sunny. I remained there for ten days, and then they shackled me up, and the police took me to Rome. I was transferred to another jail Regina Coeli, where I stayed for two weeks.

After that, they shackled me up again, and I was transferred by train to the international refugee camp Fraschette de Alatri – Frosinone. My goodness, this was horrific. I was barely 22 years old and was being shuffled around from prison to prison like a criminal.

Upon arrival at the camp, I was crammed into these wooden barracks with refugees from other countries. There were only a few of us Croats, so you barely had anyone to talk to, and you had to be careful what you say and to who, just like at home. High walls and barbed wire surrounded the camp, and now and then, there were machine-gun nests. It was the worst camp in Italy, and the other one was in Bagniola. Camps in Fermo were like heaven on earth compared to this one. This one was run by Italians and the others by the Americans.

At that time, the Institute of St. Jerome in Rome took care of Croats in refugee camps, and it was finally my turn. They let me go, and I arrived in Rome. From Rome, I went to Genoa to the Argentine consulate to get my Argentinian visa. I arrived in Argentina a little bit before Christmas.

In Buenos Aires, I worked various jobs, first as a photographer (which was also my hobby back home), then as a cashier in a large cafe, then as a salesman. Lastly, I opened up a sweater factory, where I had about thirty employees. Once the crisis began, I had to close down my business, operating for many years, and had to sell the machines and other things.

Then I started working for an airline company. After that, I got a job at the Presidential Office of the Republic of Argentina in the Department of Media and Press. That was a great learning experience. It also allowed me to build good connections, which proved helpful and which I later used to benefit the independent Republic of Croatia.

After the declaration of independence, the Republic of Croatia’s Representation for Argentina and other South American countries was established in Buenos Aires. The late President Franjo Tuđman appointed Mr. Ivo Rojnica as Head of Representation. Later the Representation was changed to Embassy, ​​and I had the honor to read the Decision of the Ministry of Foreign Affairs of Argentina in church during Holy Mass on St. Blaise’s Day. 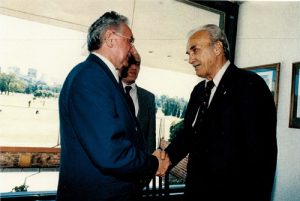 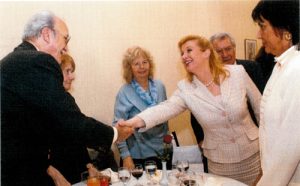 I worked for the Republic of Croatia’s Representation in Argentina and later in the Embassy. From the Embassy’s establishment up until December 2000, I was a Special Assistant, the right-hand man for all jobs such as the press, media, television, relations with foreign embassies, etc. I have always been interested in politics and involved in it all my life. However, I do not belong to any political party because my only party is “Our Beautiful Croatia.” .[1] 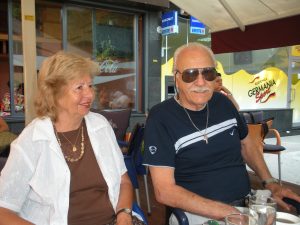 Vjera i Arsen Petrošić in Split in 2009

Sponsored by: Juroslav Buljubašić, Honorary Consul of Chile in Split