Since I can remember, Sundays were special because we used to go with my parents to the then Cemetery of the Yugoslav Society (now Croatian) in the city of Oruro-Bolivia with the sculpted stones of the mausoleums and pavilions. We neatly cleaned the funerary “niches” of my grandparents, polishing the bronze tombstones, after washing the old vases they were decorated with colorful flowers, then we proceeded to pray for their eternal rest.

It was the same custom for many years, on each visit I did not miss the opportunity to read the difficult names of the bronze tombstones, some of wrought iron, others of very elegant marble. Among all of them a niche without a tombstone caught my attention, on the plaster were the initials of a name and the date of death. I asked myself what life that person had to end up anonymous? Maybe he had no family or he was just passing through where the death came as surprise, who knows? Undoubtedly the cemetery is a place where one begins to reflect on all the sorrows and joys, triumphs or failures that those people who now lay inert experienced.

The migratory waves of Croatians at the beginning of the 20th century may have had adventurous motives, but the truth was that Europe was overpopulated, famine and lack of work were raging, migration to the vast uninhabited countries of America was a real offer, thousands left their homeland with the certainty that the place of departure and arrival were not going to be the same.

Among those migrants was my grandfather Šimon Hreljac Barac. We will never know what inspired him (or forced him) to undertake the journey. Yes, his youth was striking, I can understand his early desire to take flight, unscathed desire to overcome which every man has by nature, his noble spirit towards his family… He left his hometown Barci in the Primorsko-Goranska region leaving his parents and siblings saying goodbye with the promise to return. He set sail from the shores of the Adriatic Sea arriving at the port of Buenos Aires in the year 1908. He traveled accompanied by several young men with whom he surely shared the same illusions. Without wasting time he headed towards the Bolivian plateau. Throughout his life in Bolivia he worked in the mining activity, sending remittances to his family as a result of his efforts. Almost all Croatian immigrants residing in Bolivia dedicated some years of their lives to mining. 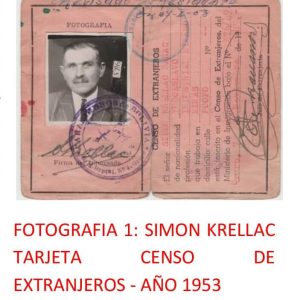 Simón Krellac (the spelling of the surname was changed for phonetic reasons) formed his family with a Bolivian girl, whose only son is my father Jaime Orlando who was brought up the Croatian way.

I try to understand the dimension of the decisions that he made that day, to settle in a strange place in a language and culture different from his own, leaving his parents and siblings forever with the promise of return, however, I never understood why He, after a life devoted to work, never returned to his country, never saw his parents and siblings again, but lived with a “giant sadness” that never left him. I felt that the story was incomplete and should not end like this.

My daughter Marian Miroslava applied for the scholarship and I indirectly felt that I returned part of the blood of my Croatian grandfather by sending her to the land where he was born.

She spent four semesters learning the Croatian language and culture, she already obtained her Domovnica (Citizenship) fully integrating into Croatian society by establishing her residence in Zagreb.

In the summer of 2017 my daughter arrived at the picturesque town of Barci, incredibly the address that was registered in my grandfather’s Bolivian documents was still maintained, after more than 100 years the house was standing waiting and my daughter timidly knocked the door. Stanislav Hreljac came out, looked at her and said in Croatian “You are from Bolivia” and invited her to come in. We still don’t understand how he recognized her. She was introduced to everyone, other relatives came to meet her, I still have the emotion of how emotional she was.

It was all that situation that had to inevitably happen one day, my grandfather had five brothers and Stanislav is the grandson of one of them. They always knew that great-uncle Šimon sailed to Bolivia, disappearing over the years all traces of him until that day. Now we are in contact with our Croatian family thanks to technology, we have closed the link that was open.

Thanks to the Croatian government and its Constitution that did not forget the descendants of the emigrants, I also received the citizenship (Domovnica), nothing would be possible without that affection and the deep feeling that we inherited.

We have the land where our parents and grandparents were born, our identity and belonging to the Croatian nation that manifests itself every day of our lives.

It is a deep and inexplicable feeling that only we understand our own way, it is true and proven KRV NIJE VODA (BLOOD IS NOT WATER). 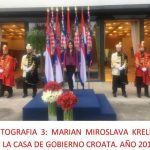 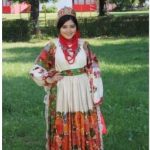 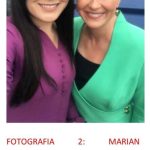