In 2010, the Ecuadorian province of the Servant of Mercy institute celebrated a quarter of a century of existence, and it has always been painted in Croatian colors: it was founded, actively participates in it, and has been led from the beginning by Croatian sisters.
The commemoration of 25 years of activity of Sisters of Mercy in Ecuador was solemnly concluded with a big five-day celebration in the mission station of Palo Quemado and the capital city of Quito. In a cheerful missionary spirit, with the participation of numerous believers, sisters from all provinces (Italy, Croatia, Brazil, Africa and Ecuador) and lay people connected to the society, the program brought together precious memories of the first steps in Ecuador, a fruitful but often arduous past, and at the same time gave a cross-section of the activities of the sisters today, as well as the life and culture of all parts of this Latin American country. These were days of joint prayer by missionary women and their people, thanks to the Lord for changing the face of the earth, everyday life and the lives of the most needy, but also a look of hope and faith towards the years yet to come. 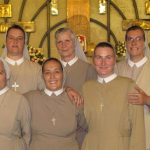 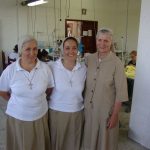 In Quito, a CD of spiritual music Caridad (Mercy) and a documentary film about the work of the Servants of Mercy in Ecuador were presented with a big concert in front of more than five hundred people. Release of a CD containing 15 new songs for the Mass celebration in honor of St. Marija Krucufiksa, the founder of Clerks of Mercy, was made possible by donations, with the generous participation of Croats from Croatia and Ecuador. The program then continued in the village of Palo Quemado, in the mountains of the province of Cotopaxi, where a quarter of a century ago three Croatian women opened their first house and began their mission in Ecuador. The solemn Holy Mass, which ended the jubilee celebration, was celebrated in the local church of St. Mary of the Crucifixion on May 18, the day when the Institute of Servants of Mercy celebrated its 170th anniversary in the mother house in Brescia. It was led by Msgr. Victoriano Naranjo, bishop of the province of Cotopaxi, with the concelebration of his two predecessors, Msgr. Raul Lopez and Msgr. Mario Ruiz, and 11 other priests, who have collaborated with the Angels over the years. It was also an opportunity to present and bless the new stained glass windows in the thoroughly renovated church of Palo Quemada. The stained glass window with the image of Cardinal Alojzije Stepinac was blessed by Msgr. Drago Balvanović from Lima, Peru, HBK’s delegate for foreign pastors in Latin America, who especially delighted the faithful with an appropriate gift – the relics of the Croatian saint. Msgr. By the way, Balvanović, as a representative of the Croatian Church, led several mass celebrations in Palo Quemado, as well as Eucharistic adoration with the participation of seven communities of the province of Cotopaxi.
In the past quarter of a century, a total of 8 Croatian sisters and several other lay missionaries have contributed to the activities of the Servants of Mercy in Ecuador. Today, the community is made up of sisters from Ecuador, Italy and Croatia, and it is led by Fr. Klementina Banožić, present in the mission from its foundation until today. In a total of four houses located in three provinces, special emphasis is placed on the comprehensive education of children and systematic work with engaged lay people. 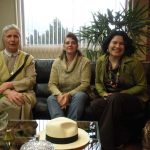 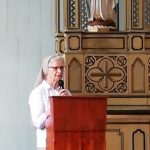 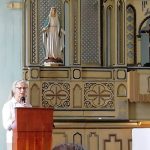 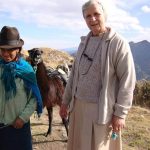 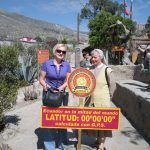 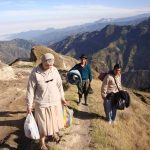 Within the framework of CEIPAR (Paolo di Rosa Center for Integral Education), which operates in two locations in Quito, a total of 300 poor children are included in the program of help in learning and writing homework. The program also includes an introduction to Christian values, but also material assistance in books and school supplies, and one meal a day during the stay in the center. Material means to help poor school children in Ecuador are provided by benefactors, including numerous families, institutions and individuals from Croatia. In addition to children, adults are also educated, for whom reading and writing courses are organized, in order to reduce the illiteracy of the population, especially women. 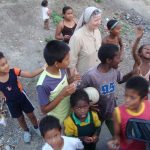 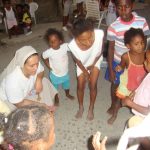 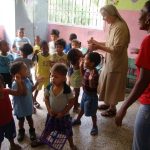 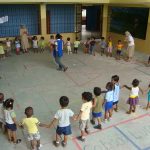 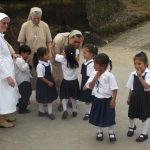 In the capital, there is also a medical center “Jesús de Nazareth” that provides free services of general medicine, dentistry, gynecology and psychological assistance. 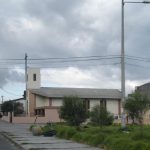 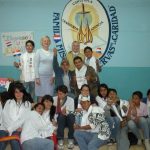 In coastal Esmeraldas, which is predominantly inhabited by a black population, i.e. immigrants from Africa, Ančele runs a kindergarten for 80 children, as well as an educational center where women learn tailoring and sewing for free. After completing the courses, the poorest participants, especially single mothers, get the opportunity to get a job in a tailor’s workshop and thereby feed large families. In Palo Quemado, the community founded the first secondary school in the area (70 children attend it), and ten girls in need from distant places live in the boarding school. Familia Misionera (Missionary Family) certainly occupies a special chapter of the charism of the Servant of Mercy. A group of about 50 engaged lay people, who have gone through or are just going through a four-year formation, are involved in the active work of the parish and the building of Christ’s kingdom. Depending on their affinities and possibilities, they help in the care of the elderly and the sick (with diocesan authorization, they take Holy Communion to the immobile), work with parents and families, animation and companionship of pensioners, or education of diabetic patients.

After having changed themselves and their own lives with the help of missionary sisters in faith and fellowship, participating in weekly meetings or multi-day spiritual and psychological renewals, they want to bring the light of Christ to the most needy in their environment.
In all the parishes where they work, the sisters are responsible for pastoral care, i.e. for the formation of lay religious teachers, preparation for the sacraments, work with young people, Bible groups, etc. And finally, remaining faithful to their missionary mission and God’s inspiration that led them 25 years ago to distant Ecuador, they go together with the laity for multi-day visits and evangelization in the remote villages of the Andes mountains and the coast of the Pacific Ocean, where, due to geographical isolation, there are still no permanent priests or religious communities. 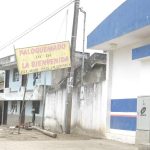 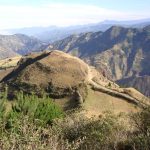 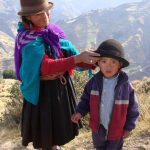 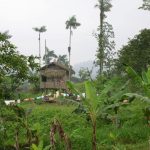 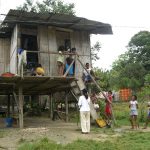 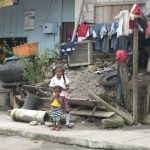