Croatians from Desne in Aberdeen, WA

A story about the people from Desne in Aberdeen

The data was taken from an unpublished text in English, located in the library in Aberdeen (Washington, USA). The text was typed by Joe Randich. The text deals with immigrants in Aberdeen who came from all over Austria-Hungary, and interesting facts about immigrants from Desne are presented here.

Desne is a small settlement near Metković, which at the beginning of the 20th century, when it was hit by a large wave of emigration, had about a thousand inhabitants. Most of the descendants of Desne moved to the USA, especially to Aberdeen.

By 1910, about 1,300 Austrians had moved to then small town of Aberdeen, in the American state of Washington. Analyzing the surnames of the Austrian settlers in Aberdeen, they were Czechs, Croats and real Austrians. The first Croat to move to the district was John Camby, who came to nearby Montesano with his wife Catherine and children in 1887.

Steve (Stipan) Bebich and Petar Jugum (Đugum) who immigrated as early as 1897 are mentioned as the first Desne residents in Aberdeen. Even when they lived in Croatia, they received letters from friends who wrote to them that there was work for everyone in that part of the USA and that the pay was good. Jugum stayed to live in Aberdeen, and after some time Bebić moved to Wilkeson where he worked in a mine. In 1906 Bebić married Jela Medak and in 1911 he returned to Aberdeen where other members of his extended family had already settled. He earned his living selling fish and working at the Lumber Shingle Donovan Lumber Co. mill.

At the end of the west part of the street, John (Ivan) Curtis and Marko Vekich had their Star Corner Confectionery shop. Joe and Stanley Bebich ran their Model Bakery in Bay City Market. A few blocks away was the Croatian Workingman’s General Store.

One of the more famous Croats in the history of Aberdeen is Joe (Josip) Batinović, born in Desne. He was married to Eva (Iva) Medak. He moved to Aberdeen in 1911 and opened the Dalmatian Pool Hall (for playing billiards) and a sweet shop. He later opened a real estate company where he worked until his death. He was a respected member of the community and was a councilor of the city council on two occasions. Today’s baseball field of the local Pioneer Park club is located on land that he donated to the city for this purpose.

Most of the immigrants to Aberdeen were single men who lived in South Aberdeen along the Chehalis River where there were many lumber mills. They would mostly rent small rooms. There were also those who, in order to save money, built small wooden houses themselves in which more workers would live. One such was built by Petar Jugum (he later married Ana Vlatković). He worked in a mill and built such a one-room house right near his work. It was a job that required 24-hour work. Two men shared one bed as one slept while the other worked.

Croats in Aberdeen organized themselves into lodges. The oldest lodge was 323 “Fragrant Rose”, which was a branch of the National Croatian Brotherhood. After her, St. Nicholas 418, and later Goddess of Health no. 80. In 1914, lodge 271 of the Croatian Fraternal Community was formed. It was created by the unification of three already existing lodges. In August 1913, a group of Croats, including Steve Bebich, formed the Zrinski-Frankopan lodge. The purpose of the lodge was to nurture Croatian culture, help the sick and organize gatherings, picnics and celebrations.

The text mentions the memory of a member of the first generation of Croatian emigrants born in America. Joe Bebich (son of Steve) remembers that they spoke “Austrian” (Croatian) at home. The second language he picked up was Finnish while playing with the neighborhood kids. English was his third language, and he learned it from his older brothers who taught it at school. 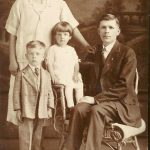 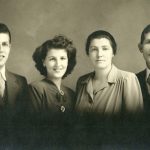 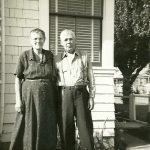 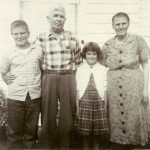 Joe Batinovich and his business: 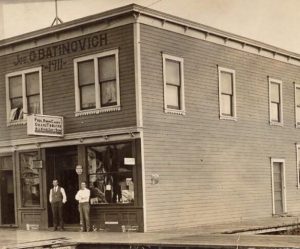 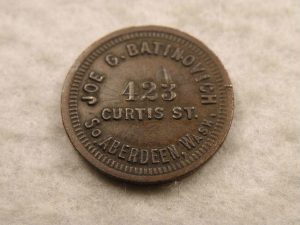