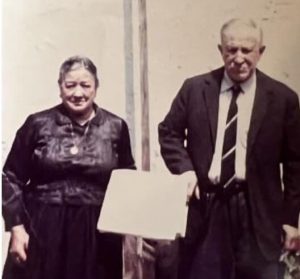 He grew up in Dalmatia (Dugi otok) occupied by Italy in the World War II, but unlike his brothers, he did not participate in the conflict because of his young age. He finished his studies of Mechanical Engineering at Rijeka Polytechnic University. Close to the 1960’s, the formation of Yugoslavia began to emerge, but there were also groups that promoted nationalisms of each state. As was the norm in socialist unions, they showed their rejection of the Catholic Church and religion, since a symbol that represented being Croatian was being Catholic. Despite the fact that he and some friends were part of groups that favored Croatian identity, they found out that a close acquaintance would go so far as to denounce them to obtain political advantages.

Upon hearing the news, they decided that the best thing was to escape. Obtaining a rowing boat, they fled to Italy, and with the luck of a northerly wind they managed to avoid the coast guard which might detain them. Upon arriving in Frascati, near Rome, they contacted the United Nations Organization for Refugees, so they found a camp in Italy for a while, where people from all over the world gathered. They learned that a calmer place to go as refugees, besides its ease, was South America. Obtaining passports, he sailed across the Atlantic, through the Panama Canal, and as far as Arica, Chile, before going to Bolivia.

By getting some contacts, and because of his jovial and friendly nature, he got a job at the Volcán, a mining company. Due to his ease with languages, it was easy for him to get along with others since there were other foreigners from Switzerland, Turkey, Russian Jews, and other regions. He humorously emphasized the advantages of transporting himself because of his short stature, he had advantages ‘as if he were a child’. He had different jobs related to mining, he was fascinated by work organization and design, for which he toured different parts of the country, such as Tupiza, Riberalta, where he met other countrymen because he also considered them a family. He started a course at the University’s Engineering Faculty, gave seminars, met his wife, Alicia, and formed a family. 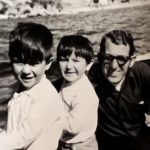 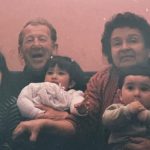 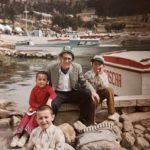 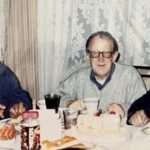 Despite having a quiet and settled life there, he had heart complications, so he had to lead a different kind of life, although he always liked to have an active, almost anxious lifestyle. He finally decided to receive a Bolivian citizenship, although like everything, it came to an end. He always led an affable life, never abandoned the Croatian culture, maintaining the use of the language, contact with his family and friends through calls, photos, letters and with the family he had already created. He passed away at the age of 77 in 2011.