Luis Aviles Uscocovich (Uskoković) was born in Guayquil, Ecuador in 1967. He is a lawyer, founder of the Ecuadorian business and Cultural Society and president of the Croatian Society. His family originally came from Mokosica (Mokošica) nearby Dubrovnik 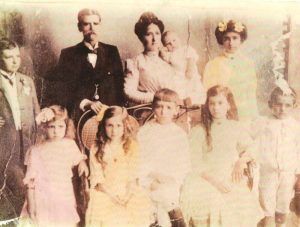 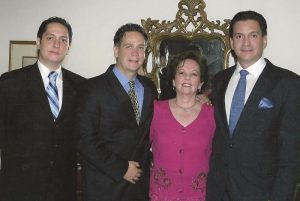 Luis with his mother and brothers Fernando and Leonardo 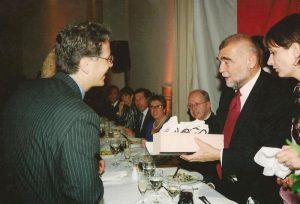 Luis with Stjepan Mesić the president of the Republic of Croatia

During the opening ceremony of the XIV International Banana Forum, organized by the Association of Banana Exporters of Ecuador – AEBE – held on October 2 in Guayaquil, the Ecuadorian entrepreneur, Luis Aviles Uscocovich, received recognition for his quilted bio-blanket proposal, made from rice paddy and banana rachis fiber, which recovers arid soils, absorbs seven times its weight in water and allows better use of fertilizers.

This product is endorsed by the Center for Biotechnological Research of ESPOL, CEEMP and is part of the winning projects of the Bank of Ideas of Senescyt.

Aviles announces that he is planning to present this product to foreign companies and seek associations that allow the acquisition of sufficient machinery and technology to produce the biomat in large quantities. 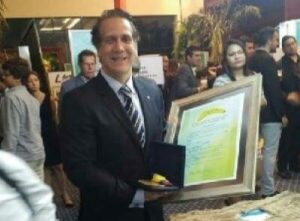 Luis with his reward

For the first time in the history of the Republic of Croatia, a Croatian consulate was established in Ecuador, with headquarters in Guayaquil. Ambassador Mira Martinec and diplomatic adviser Domagoj Vicenzo Prosoli arrived in the country from the embassy in Santiago de Chile for the presentation of credentials and the official appointment of Diego Miletić as the first Croatian consul and Branka Vukadinović as general secretary. Our consulate will be located on the seventh floor of the Nobis building. The Croatian community in Guayaquil expressed its gratitude to everyone who succeeded and worked on it for years, especially to the president of the Croatian Association, Luis Aviles Uscocovich. 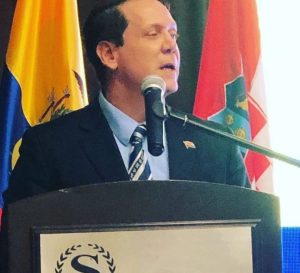 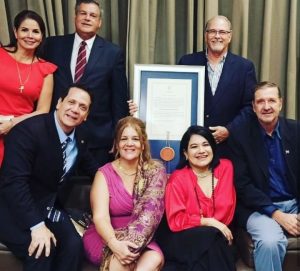 Luis adores Croatia, sport and his wife Pilar with who he had three children. 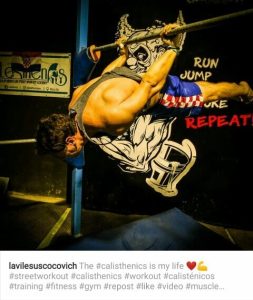 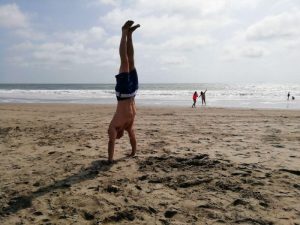 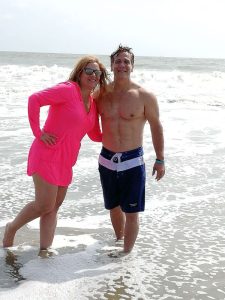 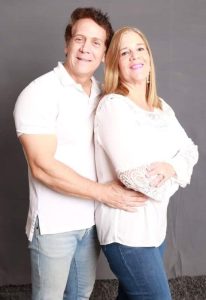 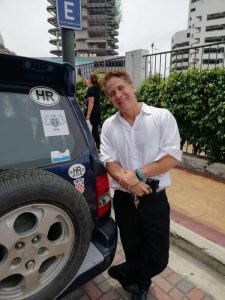