Meeting of Croatian emigration in Guayaquil 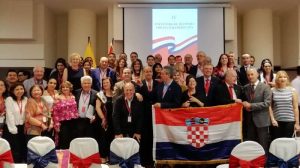 The 4th meeting of Croats of South America was held in Guayaquil, which began with the registration of participants on October 26, 2018. According to current practice, it is organized every year by the Croatian community from another country. The meetings started on the initiative of Franjo Kurtović from Lima, Peru, and Robert Jakubek from the Bolivian city of Santa Cruz de la Sierra. The first meeting was in Lima, the second in Santa Cruz, and the third in Santiago de Chile.

The Croatian community in Guayaquil is very active and connected. There is a Croatian society, the Association of Croats of Ecuador, and the president is Luis Aviles Uscocovich, whose family, on his mother’s side, originates from Mokošica.

The meeting of the Croats of South America, the fourth in a row, was organized in cooperation with the Croatian community in Guayaquil and the Embassy of the Republic of Croatia in Santiago de Chile, under whose jurisdiction Peru and Bolivia fall in addition to Ecuador.

The event began with the Week of Croatian Cuisine at the Sheraton Hotel, where the entire program took place. Croatian dishes were presented in the hotel restaurant, and a workshop was held where you learned how to cook. The workshop was held by Yasmin Saric from Guayaquil.

The meeting was opened on behalf of the Croatian community of Ecuador by Tomislav Topic Granados, president of Telconet. The gathering was then addressed by Nives Malenica, the ambassador of the Republic of Croatia in Santiago de Chile, and prof. Ph.D. Vladimir Bermanec, academician and vice president of the National Council for Science, Higher Education and Technological Development of the Republic of Croatia. The presenter was Lurdes Delgado Pandzic, an Ecuadorian married to Simona Pandzic, a Croat, owner of a cocoa plantation and chocolate production plant, and woman of the year in her industry. Two forums were held: on the economy and on education.

The economic forum discussed the development of trade relations between the Croats of South America and Croatian companies. Alex Tudor from Chile, president of the Chilean-Croatian Chamber of Commerce CROCHAM and member of the Council of the Government of the Republic of Croatia for Croats outside the Republic of Croatia, spoke about business opportunities with Croatia. Jorge Kuljiš from the city of Santa Cruz de la Sierra, president of the company “Sintesis S.A”, spoke about his experiences in Bolivia. One of the speakers was Josip Hrgetic from Venezuela, who organizes Meeting G2 in Zagreb. The second part of the meeting was about cultural identity and the approximation of Croatian emigration from South America to Croatian culture. Patricio Rodriguez Glasinovic from Santiago de Chile, president of CPEAC (Circulo Profesionales Empresarios Ascendencia Croata) spoke on this topic and presented the future projects of the Virtual Museum of Chile and the Historical Archive project, which have been financed by the State Office for Croats Outside the Republic of Croatia for some time. Branka Bezić Filipović from the Croatian Heritage Foundation, branch office in Split,  presented the current project Virtual Museum of Emigration in Dalmatia and the Croatian Language Course organized via webinar from Aspira University College in Split free of charge for all students from South America, thanks to the financial support of the Split-Dalmatia County.

In addition to the host country, representatives of Croatian communities from Paraguay, Chile, Peru, Bolivia and Venezuela were present at this year’s meeting. Croatians from Argentina, who are expected to organize the next meeting, did not come this year, although they were announced.

The musical part of the program was divided into two parts. The first was held in Teatro Centro de Arte, and artists from Rijeka were guests. That part of the program was related to classical music, in which pianist Javor Bračić played works by Sorkočević, Mozart, Chopin and Kunac. Then the sopranos Olga and Karolina Šober and the bass-baritone Bojan Šober performed with the piano accompaniment of Filip Fak, and they presented works of European classics, as well as those of Zajac, Radić and Kuntarić.

The entertainment part of the program was provided by Trio Gušt from Split and Tri Sulara from Antofagasta, who also performed at the gala evening.

As part of the meeting, a visit to the Victoria plantation was organized, where cocoa is produced by the Charlie Garcia family. 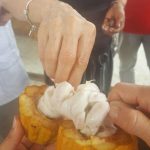 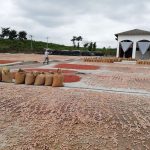 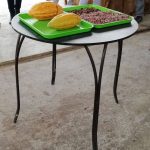 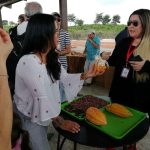 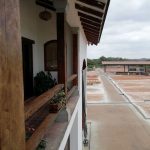 We were then joined by Vice Skračić, Assistant Minister of the Ministry of Foreign and European Affairs, who read a welcome letter from Minister Marija Pejčinović-Burić at the gala dinner. The ambassador of the Republic of Croatia in Santiago de Chile, Nives Malenica, said goodbye to the Croatian communities that were under her jurisdiction, because her mandate has expired and she is leaving for another post.

The meeting ended with a Sunday Mass of thanksgiving, which was to be led by Msgr. Drago Balvanović from Lima, delegate of the Croatian Bishops’ Conference for foreign pastors in Latin America. Since he could not come due to illness, the mass was led by a local priest, and he was joined by sister Klementina Banožić, who came from Quito for the occasion. The Mass ended with the performance of her wards, who sang “Paradise Maiden, Queen of the Croats”, by Petar Perica. 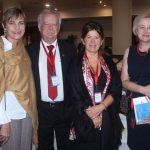 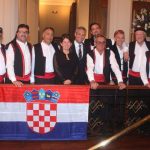 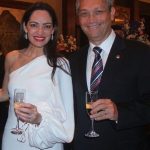 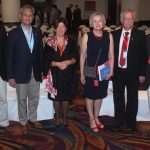 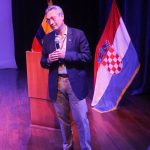 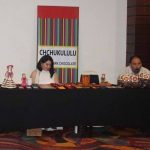 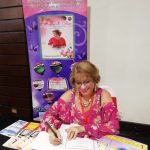 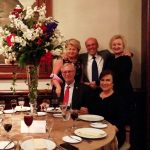 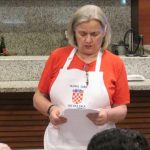 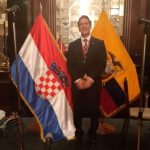 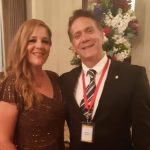 Pilar and Luis A. Uscococvich 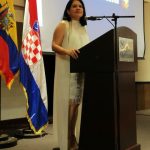 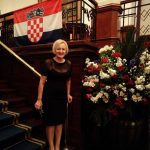