My visit to Chiloe

The island of Chiloe is located approximately halfway up the Chilean coast in the Pacific. In terms of surface area, it is about 20 times larger than our island of Brač, and the most important center is the town of Castro. It has about 40,000 inhabitants and is one of the oldest places on the island. Chiloe was settled in the 16th century by Spaniards who mixed with the local Indians of the Huilliche tribe and thus became natives. The Chilots, as they call the inhabitants of the island, have always been connected with the Dalmatians, with whom they once shared the most difficult jobs. The community was closed and isolated for a long time and thus became a world unto itself.

The first Croats came to the island of Chiloe mainly from the south, from the province of Magallanes. They were all from Brač, and it was in the period from 1910 to 1920.

The island is known for its wooden churches, but even more so for its wooden houses, pile dwellings, which are under the protection of UNESCO. Pile dwellings on the sea are a necessity here because there is a big difference in the depth of the sea between high and low tide. One such settlement of is owned by the Burić family, and it is called after Dalmatia: Cabanos Palafitos Dalmacia. It was built in 2001 as part of a family company for renting to tourists.

Among the most famous families in Castro is the Yurac family. Dr. Carlos Yurac, gynecologist, was one of the founders of the Croatian club Circulo Chilote Yugoslavo de cultura, founded in 1973. The co-founders were Alejandro Skarmeta Kusanovic, Ivo Goles Radnic and Vladimir Čaks. The club eventually shut down, Yurac went to work in Santiago, and then returned and founded Club Croata Chiloe in 2004. 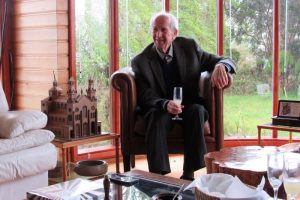 Carlos Yurac was born in Castro in 1936. His father, Petar Jurač Pitalo, came from Bobovišće to Punta Arenas, together with his brother Albert and sister Lucia. Alberto went to live in Valparaiso, and Petar and Lucija in Castro in 1920. She married Santiago Serka (Šerka) from Sumartin and never learned Spanish. She didn’t hang out with anyone in Castro, and she only went out to church.

Carlos Yurac and his wife Gloria are the parents of a son Miroslav (doctor) and two daughters Danie (doctor) and Vesna (architect). It is a tradition in the family that each generation has a boat called “Dalmacia”. 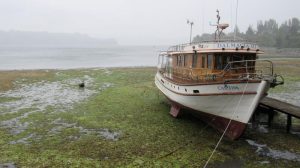 Carlos’ brother Alberto was an assistant professor at the Polytechnic Institute in Castro, and he was dedicated to journalism in the local newspaper “Diario el Llanquihue”. He died in 1993, and the street Calle Periodista Alberto Yurac Soto was named after him. 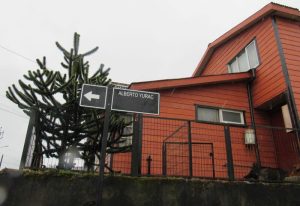 In Castro, there are several other streets named after Croats. One of them is the street Edmundo Perez Zujovic (1912 – 1971), named after the Pelješćan, entrepreneur, politician and founder of the Christian Democratic Party, who became the Minister of Construction and then the Minister of the Interior, which in terms of rank corresponded to the Deputy President of the Republic. He was on that duty when the police killed ten unarmed, illegally settled locals in Puerto Montt (the closest city on the coast), which sparked a rebellion in the country. Namely, there is a suspicion that Zujovic ordered the shooting because he wanted to discourage the opposition. In his song “Questions about Puerto Montt”, the Chilean singer-songwriter Victor Jara openly asked Zujovic why people were shot with bare arms. Zujovic himself became a victim of a similar action because a member of a terrorist organization shot at him when he was going to work, and he died as a result of the assassination. However, due to the position he held in Chilean cities, streets bear his name. 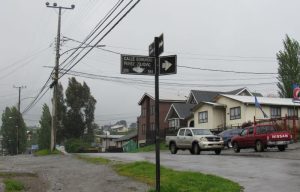 In Castro, one street is named after Julio Miserda Peruzovic, the founder of the fire brigade. 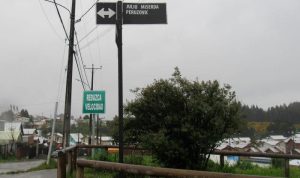 Then there is the street Norman Garin Rojo, which is named after the Croatian son-in-law. His wife was Jugana Borović from Split, who met him when she visited her relatives in Santiago. The couple lived in Antofagasta, where their daughters Jadranka and Tatjana were born. Garin was a lawyer in the government of President Salvador Allende. When Augusto Pinochet came to power after the coup, Garin ended up in prison, and his wife and children returned to Split, where she died in 2020. Dr. Yurac remembers her as a Croatian language teacher. Jugana Garin never saw her husband again. After his release from prison, he lived in Castro for the rest of his life. 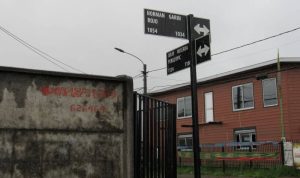 The establishment of Croatian fire brigades is characteristic for the whole of Chile, so it was also the case in Castro, where in 1959 the “Voluntary Fire Brigade Quinta Compania de Bomberos” was founded. The founders of the company were Domingo Yurac, Julio Barrienos Bilisco and Julio Miserda. The company changed its name to “Bomba Croata” in 2010, which was attended by Vesna Terzić, the then ambassador of the Republic of Croatia in Santiago de Chile. 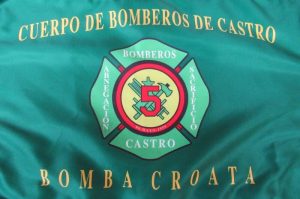 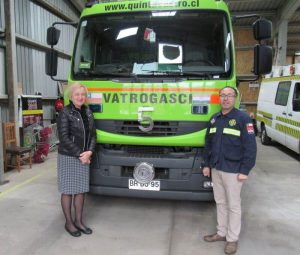 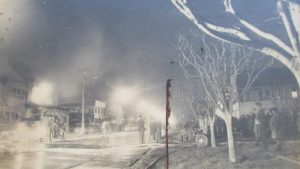 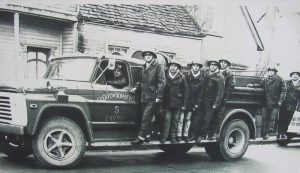 Although it seems that it is out of the way, the Croatian nun Blessed Marija Propetog Jesus Petković from Blato on Korčula, the founder of the religious community Daughters of Mercy of St. Francis, also stayed in Castro. She lived in South America from 1940 to 1952 and founded numerous religious communities there. Since, due to health reasons, she could not tolerate the harsh climate in the south of Chile in Punta Arenas, they sent her to Castro to recover.

Today in the religious community in Castro lives a Croatian woman, sister Fides, Mandica Babić born in Metković. After finishing high school, she joined the Croatian Society Daughters of Mercy T.S.R. St. Francis in Blato on Korčula. Then she completed her theological studies at TBF in Zagreb and taught religious education. In Rome, she was in the service of the supreme secretary, where she got acquainted with the work of the society’s apostolate in South America. She thought of going there one day to help them, and when the time came, she sent a request to the supreme head to let her go to Chile. She came to Santiago in 2016 and soon the need to go to Castro, where she lives now, became apparent. She helps at the school, which is attended by 26 high school girls from poor families, who stay with them during the week and go home at the weekend. Sister Fides found the mission in a bad state, partly because of the modest resources the sisters had, partly because of the 2016 earthquake. Sister Fides managed to get some donations and is grateful to all benefactors. She did everything to ensure that the students of their school had as comfortable a home as possible. At the end, she told me: “I am especially happy that I met and got to know our Croatian emigrants here. I always look forward to meeting them and that’s why I’m glad you visited us. Thank you and I wish you much success in your work to connect the exiled Croatia with the homeland.” 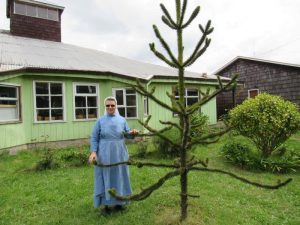 Together with my sister Fides, I visited a Croatian family in the very south of the island of Chiloe in the town of Quellon, about a hundred kilometers from Castro. Miguel Vukasovic Kovacic, born in Punta Arenas in 1941, lives there. His father Mijo Vukasović Sovulj (son of Filip and Jerka Vukasović, born in Kučići in 1899) came to Chile in 1937 and lived in Porvenir on the Land of Fire, where there is a large colony of Croats from the Omiš area. They had the farm “Antonia”. Miguel decided to move to Castro where he owns a hotel, restaurant and store. Miguel’s daughter Yasna was a Chilean candidate for Miss World 1997. Miguel is a member of the club “Club Croata Chiloe”, so he joined us in Castro for a joint meeting where about 30 members came on the occasion of my visit. I used the opportunity to introduce them to the opportunities we offer them in Croatia in terms of studying, language learning and cultural cooperation. 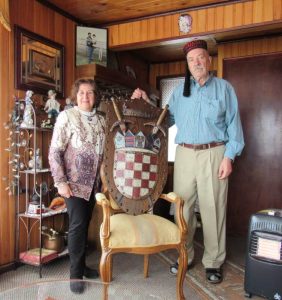 Miguel and his wife Haydee 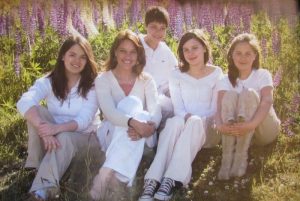 Yasna with her children 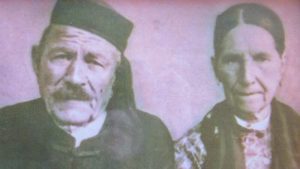 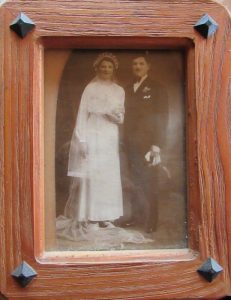