Pedro Cocian (Petar Kočan) born in 1840 was a native of the region of Dalmatia, today, Croatia, at that time part of the territory of the Austro-Hungarian Empire, his parents were Iván Vanja Kočan and Paula Miović. The family legend that was passed down by word of mouth says that families had vineyards in Konavle in their country (Dalmatia is a region of vineyards) until a few years ago that was one of the few pieces of information we had. 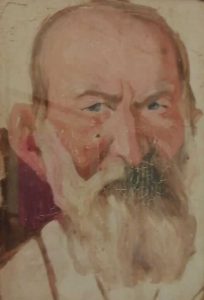 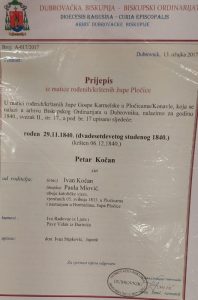 Petar Kočan in his old age and his birth certificate

There are two stories of his coming to America: One tells that he entered, as a stowaway on his uncle’s ship, which was coming to America, when he came out of hiding on the high seas and the uncle had no choice but to bring him to America (Buenos Aires). There is no exact date of their arrival in America, it is unknown if there is a record of their entry as ship passengers in the Port of Buenos Aires or another port in South America.

Another version tells that he came with a brother also on the boat trip from Dalmatia to America, they would have arrived at the port of Buenos Aires around the year 1880 approximately, they stayed for a time to live and work there. In this city he had had a girlfriend with whom he apparently had a lack of love, this would have fallen very deeply on him and they recommended him to go to another place and start a new life. He chose to try his luck in Paraguay, which was in full recovery after a war of 5 years with his neighbors, that’s how he got to Asunción. There are no records to what happened to the brother.

In Asunción he found himself very alone since Pedro did not speak Spanish very well, but he also found himself in a country where they spoke Guarani, a language of the natives unknown to him.

In the City of Asunción, several Slavic Families already resided, most of them settled near what we know today as Colegio Corazón de María (Colón and Jejuy streets) since that congregation of Nuns were from the Community of Zagreb, the letters or news arrived to them and then to the respective family.

In 1889, together with other Slavic countrymen, they formed the Slavic Benevolent Society.

That was how he became friends with a Slav whom he asked to introduce him to a girl since he intended to stay in Paraguay and start a family.

The friend told him that he did not know any girl in Asunción, but that he did know a woman in Villarrica who had a house where there were several young girls and he invited him to travel to Villarrica. Indeed, they traveled to Villarrica and his friend took him to the house of the Iglesias Family where Mrs. Iglesias lived with several young girls, almost all of them orphans since they lost their parents in the War of the Triple Alliance.

The Slavic friend told Mrs. Iglesias about the intentions of the “outsider” of wanting to start a family, so he asked the girls to go out to the patio so that he could meet all of them. Pedro chose one of the youngest- Concepción -but the answer was that she couldn’t get married, because she was only 15 years old, she was still a minor at that time. Given the refusal of the owner of the house Pedro insisted for Concepción, he promised that he would come back a few years later, that he would just wait until she was older but that she would be his fiancee.

Pedro indeed returned to Villarrica years later, took his promised Concepción to the city of Asunción and they were married in the old (now defunct) church of La Encarnación on August 27th 1887.

They dedicated themselves to general business, they had a house that also served for business sometimes on Montevideo Street, almost Jejui in Asunción. There are references to this business; as Pulpería in the Commercial Guide of Paraguay, Argentina, Uruguay and Chile (1897 edition).

The couple had several children, date of birth or death of some of them is unknow, namely they were:

-Pedro Andrés born on October 16, 1886. He had two children born in Brazil. One, whose name we do not know and Pablo (Pali) born in Puerto Murtinho-Matto Grosso Brazil. Pedro was a master builder, he is credited with the construction of several churches in the north of the country, including Puerto Casado.

-Raimundo born on January 7, 1899. He had seven children: Juan, Lila, Rita Julia (Nena), Justino Obdulio (Nene), Ignacio Ramón and the twins Juana Belén (Tota and Katty). He was also a master builder and died on December 10, 1987.

-Águeda without references of birth or death: she was dedicated to haute couture, she had no children.

-Exaltación Mercedes born on September 14, 1901. She had two children with her husband Ayala: Oscar Anibal and Nelson Eugenio (Chincho and Coco).

-Gudelia born on September 29, 1907. She was married to Pablo Kulka (Austrian soldier and ex-combatant of the First World War, who was administrator of the Puerto Fronciere ranch in Concepción. They didn’t have any children. 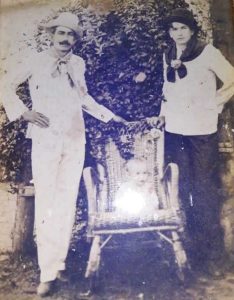 Petar and his son Raimundo 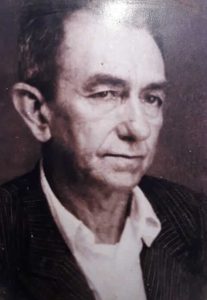 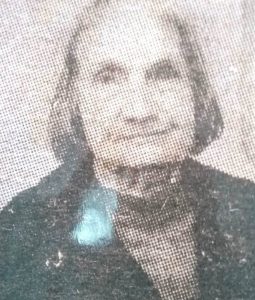 There are references that Pedro and Concepción had twins who were born after Pedro Andrés, but none of their brothers remember them because one of them would have died very young and the other with approximately 10 to 12 years, being in the company of his father in the port of Asunción, he apparently had a very strong fright and fell into the water and drowned.

Concepción Benítez died at the age of 76 in Asunción on November 1, 1944. She was the daughter of the hero of the War of the Triple Alliance, Major Sebastián Bullo (Italian). He did not recognize her as a daughter since when she was born he was in the middle of the war and was killed in the battle of Tuyuti on November 3, 1867. The death certificate states that Concepción is the daughter of Sebastián Bullo.

The mortal remains of Pedro Cocian Miovic and Concepción Benítez are in the Slav Pantheon of the Recoleta Cemetery in Asunción with several of their children and nephews. 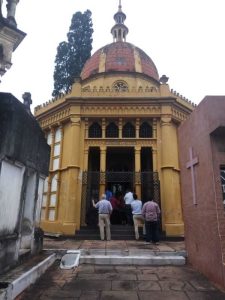 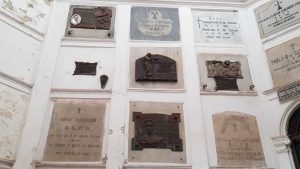 Slav Pantheon and graves of Petar, his wife and some of the children 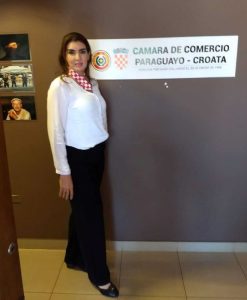 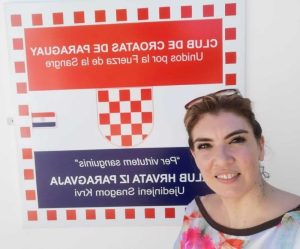 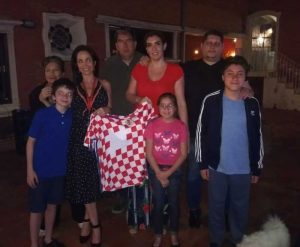 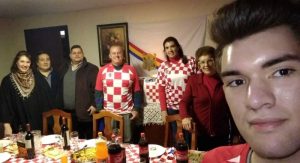 Ruth with her cousins and at Independence Day of Croatia celebration

What characterizes most of the family is physical height.
We try to continue some traditions and festivities of Croatia, through family reunions and the different activities carried out by the Association and Club of Croatian descendants in Paraguay.

NOTE: SURNAME IS Kočan. BUT IT SUFFERED SEVERAL CHANGES IN PARAGUAY, DUE TO THE PRONUNCIATION AND CALLIGRAPHY…