In 1520 on All Saints’ Day, sailing ships Victoria, Concepcion, Trinidad, and San Antonio crossed Punta Dúngeness from the Atlantic side. They then sailed into the strait between the southernmost point of South America and Tierra del Fuego’s northern shores. Trinidad’s captain Fernando de Magellan did not even assume that this passage connects the Atlantic and the Pacific Ocean, as the crew and he thought they had entered some cove where they would take a little break from the strenuous journey across the ocean. 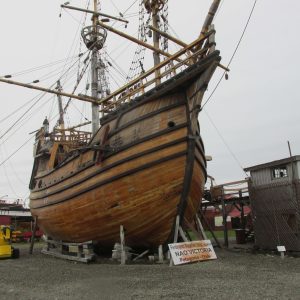 Apart from the Strait of Magellan, coming from the Atlantic to the Pacific, it is possible to get to Cape Horn, where two oceans also meet, and it is one of the most dangerous sea passages.

This passage is also the largest ship graveyard in the world, and the estimate is that 10,000 sailors had died around Cape Horn since 1577 when discovered by Francis Drake (1540-1596).

The Spanish mathematician, astronomer, and researcher Pedro Sarmiento de Gamboa (1532-1592) was in command of 15 ships and was required to settle 4,000 people in the Strait of Magellan, thus strengthening Spain’s sovereignty over the strait. Sarmiento lost most of his fleet due to the storms along the way, reaching the finish line with three ships and 300 settlers. He founded two cities: Nombre de Jesus and Rey Don Felipe, on a site fifty kilometers east of today’s Punta Arenas. Sarmiento disembarked the people in the late summer of 1584 and left. He did not know that the place was not suitable for agriculture, the climate was harsh, and it was not easy to get anything from the sea due to the challenging sailing conditions. After some time, the English explorer Thomas Cavendish (1560-1592) passed there and came across several survivors, as the rest died of starvation. Today, in that place, which bears the official name of Puerto del Hambre or the Port of Famine, a monument was built and dedicated to the unfortunate Spaniards who suffered and perished in the first attempt to colonize these lands. After that, it never occurred to anyone to settle people there. 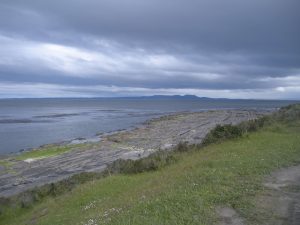 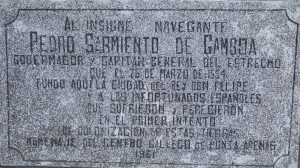 The Port of Famine

However, the only way to achieve sovereignty in that strategically important place was to create a settlement, so it was impossible to dismiss this plan. Therefore, in 1843, Chilean President Manuel Bulnes (1799-1866) decided to build the Fuerte Bulnes fort a few kilometers east of the Port of Famine, on the rocky cape of Punta Santa Ana. The fortress, built of wooden logs and grass, served to establish sovereignty over the strait, but this site also proved to have inadequate living conditions. While exploring the surrounding terrain, they decided to establish the city’s foundations sixty kilometers east on a sandy beach and named it Punta Arenas or Sand Cape. The city was founded officially on December 18, 1848, as a penal colony. The population increased over time and was mainly engaged in the seal fur trade or the search for gold.

When word reached Europe that the surroundings of Punta Arenas, Tierra del Fuego, and the southernmost islands were rich with gold, this triggered the arrival of many emigrants from the old continent, including Croats. The first ones to come from Dalmatia and the Croatian coast were there as early as approximately 1878. Meanwhile, sheep were brought in from Malvina (Falkland), and the Chilean state encouraged this settlement of the far south by offering privileges to those willing to live there. If someone enrolled as a colonist, he was given land for a small amount of money, material to build houses and cattle, with a three-year payment deferral. In 1884, the government printed leaflets listing the benefits of living in Patagonia, including several southern Chile and Argentina provinces. Some of the benefits listed were that the climate is suitable for growing vegetables and no disease epidemics. It was all slightly overstated because even Charles Darwin (1809-1889) when passing through these parts, wondered how someone could exchange the northern parts for such an inhospitable area.

The winters are long, and the day is short since this is the Arctic Circle, while in the summer, the temperature reaches fifteen degrees Celsius. What is always constant is the wind that often blows up to 130 km / h.

However, throughout thirty years, from 1875 to 1907, the population increased fifteenfold in the province of Magallanes, of which Punta Arenas is the capital. According to historian and academician Mateo Martinic Beros, two-thirds of the newcomers were Chileans and one-third foreigners, of whom 30% were Croats. The first three Croats arrived in 1878, and the number grew to 1,469 by 1907.

Croatian emigrants who resided in the very south came mainly from the island of Brač, and a minor part of them from Hvar, Vis, Split, and Hrvatsko primorje as well as the Bay of Kotor, which at that time was part of Dalmatia. Some of them came from the vicinity of Omis, from Mimice, and the villages in the hinterland. However, they rarely settled in Punta Arenas and mostly proceeded to move to Tierra del Fuego, where they founded the town of Porvenir. 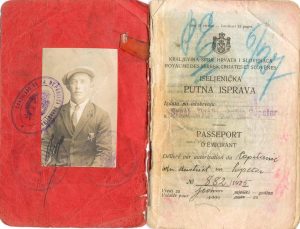 At the time of the Dalmatians’ arrival, Punta Arenas was turning into the province’s center. The European influence is visible in the architecture, and the Croatian presence today is evident in the names of streets, squares, and business companies. The people of Brač were primarily responsible for the fact that the muddy city streets were paved by stacking stone pebbles in the way they learned on their home island. 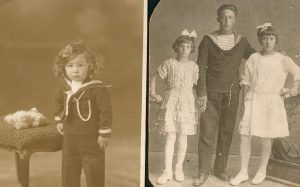 The Croatian language was preserved within the community for a long time due to the arrival of those who were born in Croatia.

Some of them also brought wives from their island. The women mostly stayed in the house and took care of the children and the yard. They were the keepers of the language, so everyone remembers how their grandmothers spoke Croatian even today. As housewives, they did not feel the need to learn Spanish, as they had plenty of relatives to spend time with and their islanders.

Today, only a few born in Croatia still live there. The younger generations are learning Croatian at the Croatian Hall or taking additional classes at the Republica de Croacia primary school. 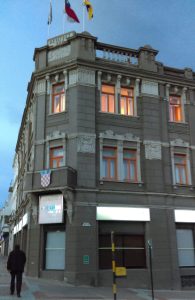 Initially, Croats gathered in national societies. The Austrian Benevolent Society, founded in 1896, was similar to other societies at that time. Everyone who paid a membership fee received compensation on sick days, in case of disability and burial in case of death. The members were Dalmatians, but because they came from Austro-Hungary, the society was named Austrian. They put the colors of Dalmatia in the flag and coat of arms, and out of 200 registered, 191 declared themselves as Croats. Most members of the society did not support the Austrian monarchy, but they were used to it. However, those who struggled to accept this separated themselves and founded the Croatian Benevolent Society in 1900. After the First World War, in 1919, the Austrian society changed its name to the Dalmatian Benevolent Society or Sociedad Dalmata and as such exists to this day.

In Split’s ”Pučki list” from 1914, news regarding Punta Arenas stated: Our numerous and hard-working colony there decided to build a Croatian Hall that will cost close to 200,000 KR. If only the wealthy locals had as much patriotism as our emigrants…

The following year, on March 1, 1915, a meeting was held in the building that still exists on Errazuriz Street, and the Yugoslavian Hall was founded, later renamed the Croatian Hall.

Today, there are three Croatian societies operating in Punta Arenas, named Sociedad Dalmata, Sociedad Croata and Club Croata. Also worth mentioning is the fire brigade Bomba croata or Cuarta Compania, founded at a meeting in the Austrian Benevolent Society in 1912. During the same year, the Sokol sports association was founded, which still operates today.

At the beginning of the 20th century, the Croatian community in Punta Arenas had 15 newspapers in their language. The first was the weekly newspaper “Male novine“, published continuously from 1905 until today, but today it is published in Spanish. However, there is a column in the newspaper with Croatian vocabulary and expressions.

About 25% of the population of Croatian origin lives in Punta Arenas. Mateo Martinic Beros writes about them as follows in his book Breve Historia de Magallanes:

Croats, mostly from Dalmatia, contributed abundantly to their new homeland in many small ways without raising a fuss. The Slavic settler was initially an irreplaceable man full of skills: miner, fisherman, sailor, sheep shearer, farm helper, bricklayer, carpenter, and stonecutter, to later become a craftsman, merchant, industrialist, or farmer, contributing all his energy to the overall progress of Magallanes. Their physical and mental temperament allowed them to quickly adapt to the country that embraced them and developed a deep sense of patriotism, mixing them with Chileans and other newcomers, leading them to a healthy and natural racial integration process. Their children, without a doubt the greatest gift to the new homeland, became leaders in all fields of life of the Magallanes region. 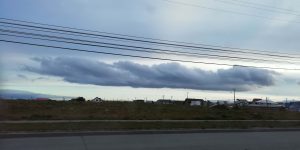 Sponsored by: Juroslav Buljubašić, Honorary Consul of the Republic of Chile