Robert Jakubek, Honorary Consul of the Republic of Croatia

Robert Jakubek Fojs was born in Zagreb on March 12, 1955. He was educated in his hometown, where he graduated from the University of Civil Engineering. His marriage to a Bolivian lady of Croatian origin brought him to Santa Cruz de la Sierra, where he has lived since 1981 and works as a construction entrepreneur. He also holds the position of Honorary Consul of the Republic of Croatia, and is very active in the Croatian community. Together with entrepreneur Franjo Kurtović from Lima, he initiated meetings of Croats in South America for better cultural and business connections. Recently, he was involved in the organization of an exhibition about Croatian explorers the Seljan brothers in Bolivia, and he also participates in an exhibition about ties organized by the American-Croatian Congress. 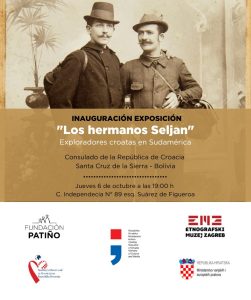 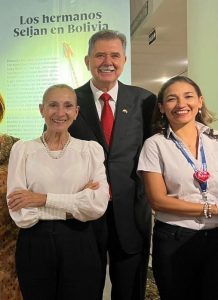 At the Seljan brother’s exhibition