The history of my family begins in 1927 on the Istrian peninsula, when my father Romano Šupljina of Italian nationality was born in Trieste, the son of a single mother and a minor. His grandfather (mother’s father) gave him a surname that was originally of Austrian or Istrian origin.

Romano grew up on the hill of the village of Boljun, a town that was built around the fortress of a medieval castle. When it was time to go to the school that was located in front of his house, after the great exodus of Giuliano Dálmata, a school reform was implemented in which Italian-Croatian and Slovenian-Croatian bilingualism was mandatory. Surnames and streets in Istria are Italianized in order not to lose the culture of the people who lived in that area.

Romano’s mother tongue was Croatian, which is why his first school year was difficult. When he was eight years old, mother and son planted two trees in front of the castle. At that time, she was married to a Croat who wanted to give the child his last name, but the she did not accept it. Several generations of Austrians, Italians, Yugoslavs and Croats of different nationalities were born in the same house. They formed a large family of five brothers.

The saddest time was during the Second World War. Since Romano was still a teenager, German soldiers pursued him and he hid in his house. My grandmother did not understand what was happening. In fact, she couldn’t believe that he was taken as a prisoner of war when he was only around ten years old and despite her insisting they took him with only what he was wearing. The next day she walked from dawn to dusk to take his clothes, shoes and provisions to the place from where he would be taken to Austria and then to Germany. Years passed, the war ended and Romano returned with a rich knowledge of languages ​​and trades. Everything at home was in ruins, so poverty and lack of work forced my grandmother to write a power of attorney so that Romano could look for work in any country. So he went to Italy, a neighboring country with the language he learned as a child. He stayed there for a while and came back home to say hello.

Namely, he decided to go by ship from Genoa to Argentina, where labor was needed. But they both knew that he would try to use this trip to find and meet his biological father who had gone there before he was born. He arrived in Buenos Aires in 1951, where upon his arrival he was offered a job as a translator since he was polyglot, but he did not accept it, considering it a woman’s job.

He checked into the Hotel de los Inmigrantes and looked for an uncle who lived in Dock Sud, a part of the city that welcomed so many immigrant families. He found countrymen who knew his Istrian mother, but his father did not recognize him or help him. Maybe it was in agreement with his new family.

Over time, Romano got married and had three children, of which I am the oldest. All he achieved was the result of his two daily jobs. He built his house with a garden, my hammock, chicken coop, park, taught me to paint, tie tomatoes on a stick, plant and pick, count in five languages ​​while I was in the hammock. He had stacks of books and a manual in Spanish that he had brought from Italy to study on board. He talked about his “Trieste”, about Romulus and Remus and the story of the she-wolf, about the bells of San Giusto and his din dan, about the small cells for prisoners created around his house during the war, about the Castello di Miramare, about the Adriatic Sea…

Sundays were days to enjoy with the family at long tables full of friends, brothers-in-law and those brothers-in-law who welcomed him as a second son. Between the double steps and the tarantella, there was dancing, singing and playing. Sauerkraut, pancetta, manestra, bell pepper, savior, beans and cannelloni were his favorite dishes and red wine. He hardly welcomed his grandchildren because God, without warning him, went looking for him. I miss him, but I know that he is still taking care of us from heaven and out of the corner of his eye he looks at his country, the one he left many years ago. 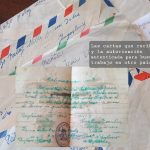 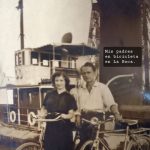 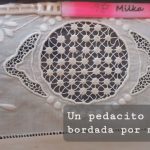 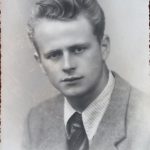 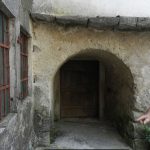 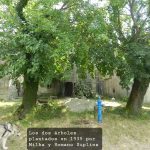 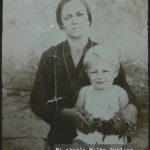 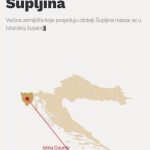 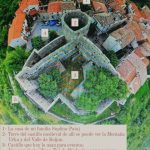 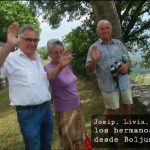 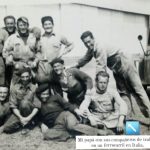