Some postcards from New Zealand

It was always nice to receive a postcard from the other side of the world, a custom that is slowly being lost with the development of technology. Nowadays, everyone sends messages through social networks, which means that real contact with the person is lost, because the handwriting and signature are part of the identity. Some postcards that came from New Zealand: 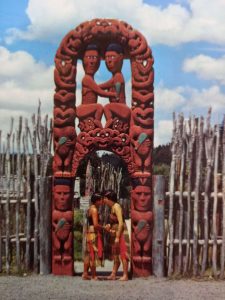 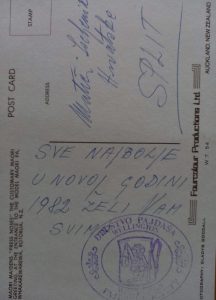 This one came from Wellington from Društvo pajdaša 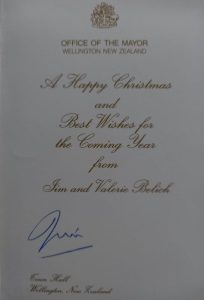 A Christmas card from Sir Jim Belich and his wife Valerie. Belich was originally from the island of Korčula, and was given the title of Sir by Queen Elizabeth II of England. He was the Mayor of Wellington for a time. 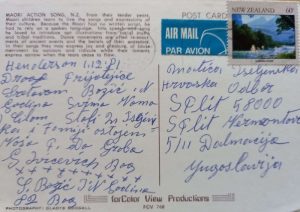 Best wishes for the New Year 1982 from Henderson