When it comes to family, my life begins on a very hot summer sunset under the cloudy sky of a southern sea. The nondescript and mischievous shells deposited me gently in the arms of my mother, who anxiously and selflessly awaited my arrival.

My grandmother Matilde Hraste was attentive to those around her, taking care of my older sisters who were impatiently playing on the shore of a very rough sea that presaged storms. That must be the reason for my love for rainy days and intense winds. 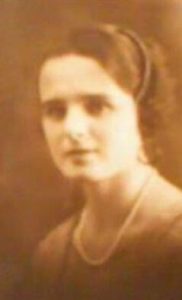 My grandfather Giorgio (Jure) Hure, sitting near my father, would tell him stories of Split Croatia, his beloved homeland, while he built a model of boats just like the ones he built with his family. That way he thought he could distract his soon-to-be-dad son-in-law.

Our grandfather Dide, as he was called at home, came to this world in 1849 as stated in his birth certificate in Brusje. He remembered the sea-blue color of him and the scent of lavender, rosemary, olive trees and vines that grew in his native island of Hvar. My father used to say that his eyes shed profuse tears as his industrious hands built wooden crafts and small ships with professional skill. 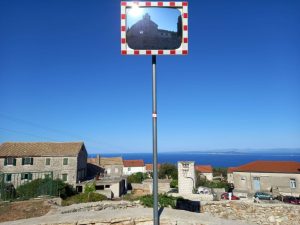 He was very detailed to perfection. These ships were small works of art that took hours of work. He thus remembered his father in the family shipyard and his incessant work shipowner. The sea, always the sea. His waves were the lullaby that accompanied him in his distant childhood.

Later it was the permanent image and the sea curtain in the learning hours of him with the author of his days who guided him on the path of amalgamating the pieces of a ship.

But he not only loved the art of woodworking, he was also a great reader and exchanged classic works with romantic novels, because that was how he was, always with a dreamy face and hints of sadness in his eyes. Perhaps because his destiny was to cross other seas.

I feel very sorry, because I did not have the time to have him by my side. My parents had to leave the South (Bahia Blanca) when I was very young (4) because the cold and humid air from the sea damaged my health.

So it was that my story was always narrated in the family environment, by my mother and aunts who also emigrated to Buenos Aires.

Dide arrived in Argentina with an Austrian passport around 1860 and, unlike his traveling companion Nicolás Mihanovich who dedicated his time to building large ships and strengthening his empire, he opted for his famous models similar to those of his Land.

They say that some time later, when he was older, neighbors and friends and people from the Naval Base asked him to build model ships for them and he did so. He was highly recognized for his works. For each member of the family he left us his legacy.

I always remember a little wooden stool that he built for me to sit on. I did not part with that handcrafted and comfortable beauty. Wherever I went I took it, and over the years, I used it as a support for my feet. Today I keep that memory and I cannot miss its replicas that adapt to the decoration. That relic sadly broke one distant day.

But the flavor of romantic novels and poetry writing also lit up my history, and for that reason, my dear Dide, I appreciate your inheritance. I am not laborious with my hands, but I adore writing.

With sadness and sorrow to my grandmother Matilde Hraste I did not get to know her because she left before I was born, I only keep the memory of the lullaby that my mother sang to me as she sang it to her. I think it’s a typical Croatian song. At least even today I remember the melody and words of it that I can’t even pronounce.

The family recounted that she was very industrious, like all the women of that Land. Her crocheted folders and all her work she taught her daughters with care and affection.

She was also a good cook and she ran her house very well. This is all I know of her.

She had seven children with my Dide: Mateo, Magdalena, Margarita (my godmother), María Herminia (my mother), Mercedes, Matilde and María Elena. All of them were excellent in their work and in the kitchen, as well as excellent readers.

They loved their new land so much and were so grateful that they decided to educate their family and learn the Spanish language and only the couple spoke the language of their origins.

My paternal grandfather Miranda who was in the Military died when I was very young.

My grandmother Desideria Sánchez, was very beautiful and they called her “La Pulpera de Santa Lucía” because of her wonderful blue eyes. Her parents cultivated large extensions of orange groves in the Province of Corrientes and she learned this work as a child, but later she married very young and dedicated herself to her family.

I arrived in Buenos Aires at young age with my parents and two sisters, 10 and 14 years older, who also acted as mothers. My childhood was very happy. My father, a sailor and a fan of his squid sports club, taught me to venerate those colors. Times later I found out that he loved to write and found signed articles for various newspapers.

My mother and her sisters married Argentine sailors, so the Croatian language was not spoken, only when the relatives came or at community parties. Unfortunately, being very small, I only remember my impotence for not understanding the language.

We lived a few blocks from relatives of Dide called Hure who had a neighborhood pharmacy and it was a point of family reunions.

My mother had hands of gold. She was a dressmaker and designer. Since there were many cousins, she made us models for all occasions. She designed and made the wedding dresses for the three of us. She also dressed and designed my best friend’s wedding trousseau. Together with my Aunt Matilde she made beautiful dresses for the cold weather and then my father introduced my aunt to the SADOS (military mutual) sewing workshop where she managed it.

In her free time, my mother wove beautiful crochet lace folders and clothes on two needles. When they met at home with her sisters, they came with their needles and embroidery frames. I still have folders of her authorship in the corners of my home. Wow, how I miss her work and her dresses that she prepared for me for different occasions. She never let me repeat them. 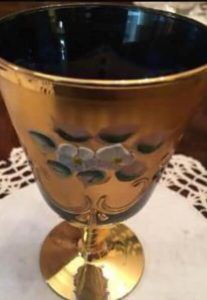 On Sundays or special occasions she would gather us at a table of Croatian food and desserts such as Goulash and syrupy sweet pastries. She liked to knead dough that was the delight of children and adults.

But the most interesting thing was sitting at the big table with aunts and cousins ​​who followed the teaching and it was possible to exchange topics of all kinds. In those moments the inevitable anecdotes, stories and legends of the grandparents arose there on their beloved Island of Hvar. Since the youngest were my cousin Susana and I, they told us that we were little princesses descending from Sissi Empress and that Grandpa Hure’s Coat of Arms was very well kept. In short, we always liked to think that it was reality.

Years passed, and us, the three sisters formed our own families and contact with the community was lost when we married Argentines. The meetings with my children and cousins ​​kept up with their traditions in talks and meals that are not forgotten over time. Life happens and the last genuine memory of that story was the visit of a second Aunt Marìa Hure, a painter who came from Split to deposit in my hands her last painting of her beautiful sea. It is exposed in a privileged corner of my living room as a tribute to the Land of my ancestors. 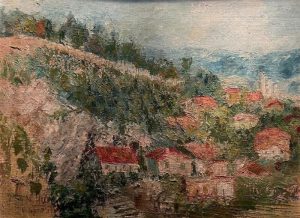 In a period of my life and with a cosmetologist sister, we set up a Cosmetics Society that we called HJELKA, in memory of the grandparents and to continue the tradition of my mother who named her Taleer with the name of MARITZA as they used to call her. Later I ventured into politics since I lived it in my family from a very young age. At the same time, I practiced it by teaching in NGOs and in the community. Currently as an educator I am involved in environmental issues trying to raise awareness of the problem of Climate Change. 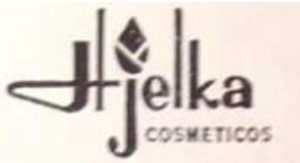 As the years chase us, that’s when we miss the most those who have already left but are always there and guide us on the path to follow. It is when we most need to recreate ourselves in our roots. Thanks to the wonder of technology, I managed to reconnect with the community and thus feel the joy of knowing our identity again with deep emotion. Today I share publications from various Organizations and so I try to connect with people who processed my grandfather Dide’s Birth Certificate. I started reading with more fluidity the history of his Land, of braves who longed to free themselves from the yoke of their chains. I had the joy that one of my granddaughters went to Croatia and she came amazed. She brought me her coat of arms as a gift, which stays today on my desk with great pride of belonging.

Recently I received an invitation to attend the Social and Cultural Club of San Telmo and I was very moved to feel the affectionate charisma of that precious community that treats everyone on Earth with such affection.