This is a family story of Zvonko Jelovina:

Our family history begins in Croatia, during the war of the Balkan countries (it is meant the Second World’s War), while the clashes between partisan forces and troops of the Croatian army were taking place.

The maternal family was made of Maria Frank, Franc Zele and their children Maria, Bernarda, Franc, Zvonko and Ivan.

My uncles Frank and Zvonko were enlisted as part of the Croatian troops, who were wounded during a combat by Marshal Tito’s forces.

Due to these injuries they were admitted to a hospital in Zagreb, the capital of Croatia, where they were visited for weeks by my grandparents. One day during one of their visits they found their beds empty. The hospital authorities informed them that both had been kidnapped by their enemies, also adding, that they should not look for them and that all the men of the family take care, since they were being sought to be eliminated.

At that time, my grandfather Franc, together with his youngest son Ivan, 17 years old, quickly decided to flee to the Republic of Italy, arriving at a refugee camp of the International Red Cross in 1945.

At the same time, my father Marko Jelovina, a former soldier in the Croatian armed forces, flees with a group of army comrades along the Adriatic Sea coast, reaching the Trieste border with Italy, and also joins the same refugee camp.

Meanwhile, in the maternal home, the whereabouts of the father and his son Ivan are unknown for several months.

One night a man stealthily approaches and tells Maria that her husband Franc and her son Ivan are in Italy, in a refugee camp in the city of Naples. Upon hearing this news, the eldest daughter named Marija quickly went in search of them.

After several days of travel, she arrived at said camp asking for her father and brother, but they informed her that they had been transferred to another camp since all the Croats had been stationed in a camp in the town of Ancona, facing the Adriatic Sea called Campo Fermo.

Once she arrived at the entrance to the Campo Fermo, Marija began to ask about Franc and Ivan Zele, without getting answers. She waited for hours at the gate of the camp until a young man from the place recognized her as the daughter of Franc Zele, this young man had seen many times the photograph that her father displayed in the room they shared.

This way, Marija managed to find her father and her brother, and without knowing it, she had also found the man who would become her husband and father of her children, Marko Jelovina, the young man who had recognized her from a photograph.

Then Marija returned to Croatia in search of her mother and her sister Bernarda, thus reuniting the family again in Italy. Finally the romance between Marko and Marija was born in Campo Fermo, the love from which I was born, the May 18, 1947.

The story continues with new destinations for the family, firstly in the city of Hamburg in Germany, where the couple’s second son, my brother Alberto, was born. While looking for different destinations to emigrate from Europe, one of the possibilities was the United States, but due to my illness we lost the departure of the ship. Then another opportunity came to Australia, but this time my brother Alberto got sick, so again a destiny interfered.

My grandfather Franc, who was still looking for destinations for the family, found the opportunity to travel to Argentina, a country with great opportunities for working people and also with a person who, through the International Red Cross, located the disappeared during the war. That particular person was Eva Duarte de Perón.

With great hope and projects, the whole family embarked for Argentina, arriving in this beautiful country on March 25, 1949.

Once on Argentine soil, Franc achieves a meeting with “Evita” through the Croatian community, to whom he tells the story of his two disappeared sons while they were hospitalized in a Croatian hospital, by the Partisan forces of Marshal Tito.

After several months of the interview with ‘’Evita’’, a letter arrives from the Presidency, explaining that during the dates of the disappearance of his sons Franc and Zvonko, all the soldiers who were in that hospital were shot in a mass grave, therefore, their remains could not be found.

The family strongly overcame this hard blow and remained in Argentina. It was already 1957 when the third son of María and Marko was born, my brother Francisco.

After more than 50 years of this family history, we received a phone call from Croatia. It was a niece of my father, the daughter of one of his sisters who, with the arrival of the internet, managed to locate the phone numbers of her lost family.

After this telephone call we found out to have a huge family that was in Croatia and that we had no idea of their existence. We learned that the fear was the reason my father never told us he had a family . While he was in Italy he sent a letter to his father Ivan Jelovina, telling him about his marriage and the birth of his son, but unfortunately this letter was intercepted by the Partisans, who with this information kidnapped and executed his father.

In 2018 I was lucky enough to be able to visit Croatia, meet a part of my beloved family and visit some of its cities, but as always my heart wants to go back to explore more of its history and its flavors.

I strongly embrace my land, I feel like an ambassador of its colors, whenever I can I tell everyone how beautiful it is and how eager I am to return.

Thank you for allowing me to tell part of my great, little family story. 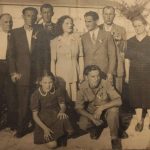 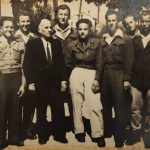 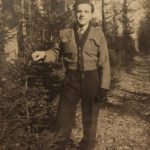 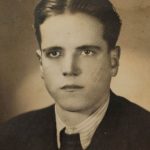 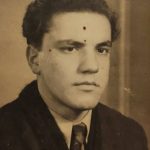 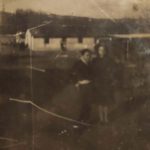