Pedro José Boskovic (Petar Josip Boskovic), was born in Selca, Island of Brac, Yugoslavia on September 14, 1906. Son of Mateo Boskovic (Palalela) and Catalina Vukovic, farmers by profession. Due to the disease of the vines they lost everything so his father decides to send him somewhere to look for better future in 1928. Everything indicates that he arrived in Argentina in 1929, after passing through France, on the ship ‘’Lutetia’’ that departed from the port of Bordeaux. 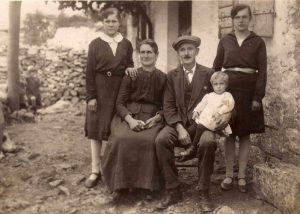 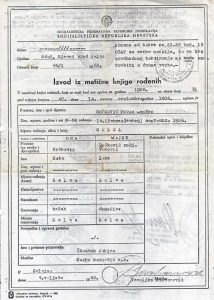 Like all immigrants, without knowing the new language, he started looking for work. What he found was in the field of construction, in companies responsible for building routes. Gathering some money he brought cousin from Selca in 1930 to work with him. His name was also Pedro Boskovic (Jerko Mariner). 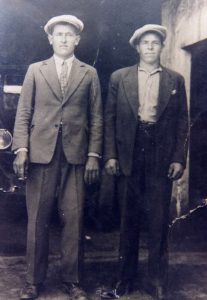 Bošković cousins: Bepi (on the left) and Pedro

When the construction of the National Route No. 19 that connects Santa Fe with Córdoba began, the cousins ​​were employees. The section that crosses through San Jerónimo del Sauce was opened in 1939, from Santa Fe to Sa Pereira the works were in charge of the Pagani company and from there to San Francisco in charge of the Garasino road company. But my grandfather “Bepi” fell in love with a local Creole and decided to stay permanently in San Jerónimo del Sauce, Province of Santa Fe, where that same year, 1939, his first son, Bernabé Mateo, my father, was born. 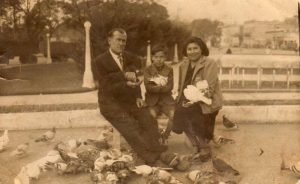 Bepi and Rosa with their first born

The book III Roots of San Jerónimo del Sauce, by Lance and Pedroni, says: “Two Yugoslavs stayed after the work was finished, such is the case of the cousins ​​Pedro and Pedro José Boscovich who opened a bar in front of the Plaza del Sauce. Then they bought a truck with which they carried out freight. Later they acquired another, precisely with which they made the first crossing of the Santo Tomé-Santa Fe Highway Bridge, under the command of Pedro Boscovich. According to “Churriente” Welchen from San Jerónimo Norte, the truck was moved forward and stopped every fifty meters, so that the engineers could carry out the resistance calculations. The mentioned truck was heading to Entre Ríos with a load of bones, but I willingly participated in such maneuvers. These Yugoslavs formed their own families, and without forgetting their homeland, they learned to love, respect and love ours, which gave them the opportunity to work and to see their children and grandchildren grow up in peace.”

The highway bridge was inaugurated in 1939 with the assistance of the President of Argentina, Agustín P. Justo.

Later they sold the trucks and each one dedicated himself to other jobs. Bepi continued working at the town’s Fuel Station. The Argentine poet José Pedroni called it ‘’La Bella del Sauce’’ for being one of the most modern in the province. My grandfather worked the land too, until he retired. Bepi, as she was affectionately called, had eight children, (three boys and five girls) there are currently four deceased, three live in my home town and another in Cañada de Gómez. Many grandchildren are the current preservers of the Boskovic surname. They are all common people, working and have their families on the same path. Bepi lived to give them the best and that they be good people, he did not care about material things, he always relied on the strength of his family, he died in 1989 when he was 83 years old. 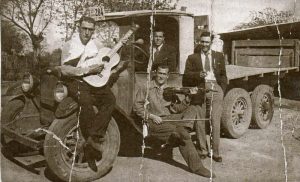 He didn’t talk much about his past and his land, he only wrote to one of his sisters named Karmela, married to Stancic who lived in Sarajevo, at the end of his life he received letters that he had a hard time reading, I’ll never know why he didn’t contact the other sisters (she had three more), her children were never able to find out about her roots and all kinds of documentation was lost. (Passport/letters/etc.).

All the children were noted Boscovich, one of the many changes that were put on when immigrants entered. After my research and collection of documentation I was able to correct and change my last name to be like the original of grandfather Bepi and be Boskovic. I am proud of my grandfather and hopefully one day I can meet Selca. 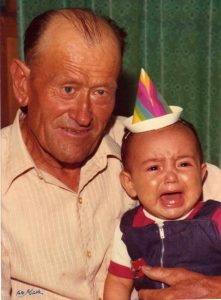 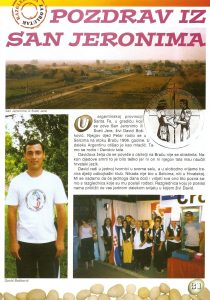 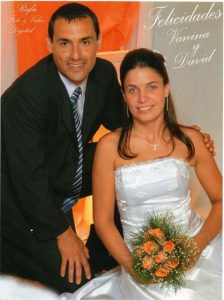 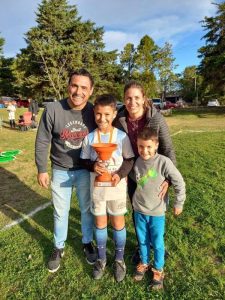